“IF YOU DON’T KNOW YOU NEED TO LEARN ENGLISH, I TELL YOU THIS NOW”

Learning English opens many doors to anyone who is eager to go further and further. One of these open doors for me is certainly being able to interview Kel Calderón in her second visit in Ireland for the YesIreland.ie

Kel Calderón was born a celebrity. First of all, by being daughter of Raquel Argandoña de la Fuente, Chilean Television Presenter and Miss Universe Chile in 1975, she was raised in an environment that would become her second house and did not take much longer till she became completely immerse into.  Notice that go around saying that Kel took for granted her fame would be not at all fair. She might have indeed had a good head start, nevertheless, was she on her own responsible for building her way up in a such inspiring career.

I met up with Kel at one of our Classes named after Kerry city in our building n. 40. In the meeting room, was I, a Brazilian girl surrounded by Chileans (our team Daisy, Manuel Souto and Marta), who by just having a vague idea of whom I would be talking to got me nervous, as you can imagine it. In my mind, the focus was on Kel’s followers and the question: what do they want to hear from her?

A little later than our arranged time, it comes in this tall woman dressed like a top model, with large golden necklaces over her black t-shirt, high-heel boots, and a very fluffy coat, smiling and apologetical about their little delay (they had got caught in the rain – so rare in Ireland) accompanied by her personal photographer, as stylish as her.

Honestly, I wanted to go deep in her life story. After all, it is not every day that we have the opportunity to talk to someone with all her experience and knowledge. Although Kel is very young, she had an early start as an actress and singer, with only few years ago shifting to Social Media channels. In her own words, she is a “almost lawyer, freckled face and traveller”, but it does not take much time to discover that describing Kel only with few those words can be a mistake.

Being Influenced by: Kel’s role models

That Kel now influencers many people we all know, but I was curious to know who influenced her to be what she is not. It is not a surprise that her mom’s comes at first. “I hate being cheesy about this mom’s as a role model, but the truth is that I learned a lot from her”. Kel tells us that her mother, differently that you might imagine never spoiled her. “She actually is the harder person on me. She taught me to me grounded to earth, she is the one who always tells when I mess it up”.

Also, it was her mother who influenced her movie taste. She was forced into watching all movies starring Meryl Streep. Kel also loves Anne Hathaway and Rihanna. She like many of us lived on the nineties listen to many girl and boy bands. “I am ashamed to say because of my age, but I love when I listen to bands such as Backstreet boys, Spicy Girls and NSync on the radio”. Would you join Kel in it?

Who is Kel Calderón behind the pictures after all?

Now more than anything she has been known for her performance on Instagram. La Reina Kel Calderón has more than one million followers on the channel. That is why the words Social Media addicted and workaholic could be very suitable adjectives for her if she did not show off so much love and passion for what she does. So, it is not only an addiction, it quite a lifestyle. It is interesting to see that even though her work relies on her photos and consequently her appearance and fashion taste, when it comes to social media, Kel’s performance goes further away.

As an influencer her photos have been fulfilled those who are keen on Lifestyle, Fashion, and Travel. However, she is not only spoken by her photos, she has a picky eye for what she is releasing and a huge feeling of responsibility with the people on the other side. “People say that Instagram and social media are only for the good moments, but for me it is about the ability of being able to freeze the moment, my Instagram is my diary. I look at my photos and I can remember in details what I was feeling and what happened at that moment, for me this is the magic”.

Some years ago, when the Social Media was not a thing, being a star was not that hard. Technically, you just had to stand up for shooting, go on a tour and everybody else would do the hard work in the backstage. That is why, I wanted to understand from Kel how she deals with the social media dynamism, as she is there with her phone personally managing her own communication channels

For her, Social Media gives everyone a voice or a channel to speak, and this is the great thing about it. Although it took time for her to realize the power of Social Media, what it was only a game in the very beginning turned into a whole new path to leverage her career.  “I am ashamed of my first picture on Instagram, but I let it there just to remind me how things used to be”. Starting producing her own content was amazing, but at the same time scary, but time teaches everyone. “I am very proud of what we having been doing”.

Along the years, her profile on Instagram @K3lcalderon grew more and more and she cleverly made the most out of it. Counting on her team of professional’s help (whom by the way have become her best friends), she multiplied her fame and started her journey as a Social Media Influencer. Nowadays, Kel Calderón has launched her own brand of lipsticks, participated in several fashion weeks, got to know many VIPs, becoming one of them herself, and travelled to several countries in the world. Ireland is now her target for the second time. Despite of the fact her career as a lawyer is “on pause” at this moment, she owns her own business and is more than able to negotiate her contracts with knowledge. Isn’t she great?

Kell told us many stories about her first experience in Ireland last year. As it was her first time here, she did not prepare her suitcase properly, not bringing enough coats to face the cold weather. Even so, she enjoyed a lot around Temple bar region, the Phoenix Park and Trinity College. She found Irish people specifically Latin Friendly and loved seeing the Christmas Jumper at Penny’s and everywhere.

She was marvellous at the variety of organic and health food she found in the Irish supermarkets and how helpful Irish people were with her. At this time, she feels sad to stay for shorter stay, that is why she did waste time and at her first night in Dublin, she went straight away to party!

I wonder from where she takes so much energy as it easy to conclude that she never rests. Even when on holiday, she keeps herself taking pictures and all social media connected. Once, her mother even begged her to try not to take so many pictures all the time and enjoy the moment.  “I try it, but then I suffer from not doing what I love doing. I suffer from anxiety. I believe we are given such limited amount of time, so much for just a little time”. True.

As a fluent English speaker, I ask her why should her followers consider learning abroad. “If you don’t know that you need to learn English, I tell you this now”, she says. First of all, it is essential to learn English to be successful in any area or business. Travelling abroad turns you into a multi-task person just like me, as you have to learn a new lifestyle, culture and traditions, while learning a new language. In Ireland, you will have this super friendly people to help you to adapt. Although it is a quite expensive investment, you will have the option to study and work, and after a while save money to travel around. I super recommend it”. 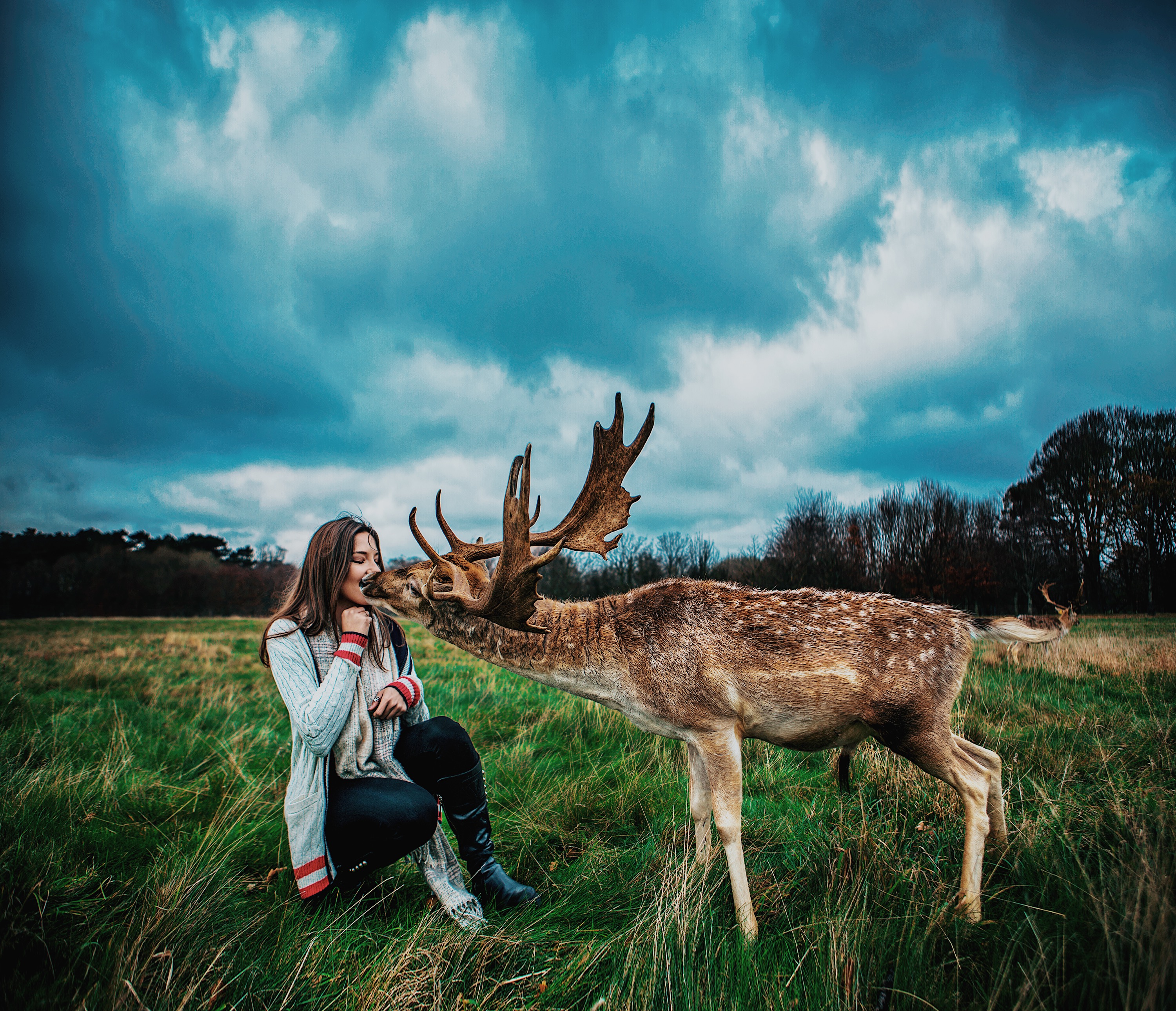 What is to come?

Kel is a 27-year-old very successful woman who has being enjoying her single life for about one year now and she is very happy with it. “I have always had long-term relationships, but now I am taking this time for me, for my trips, I want to get to know every single country in the world.”  When it comes to have children, she admits that in the last three years, she has been observing a change on her own behaviour when she watches children around “However, this does mean much”. Maybe!

When I asked her if she has some time for herself, just for a change, she affirmatively tells me: This is one of my 2019 year’s resolution, have a time enjoy, to read a book.

The fact is that Kel is still to have a great time in Ireland and we have also prepared a surprise for her followers. Do you have a guess? 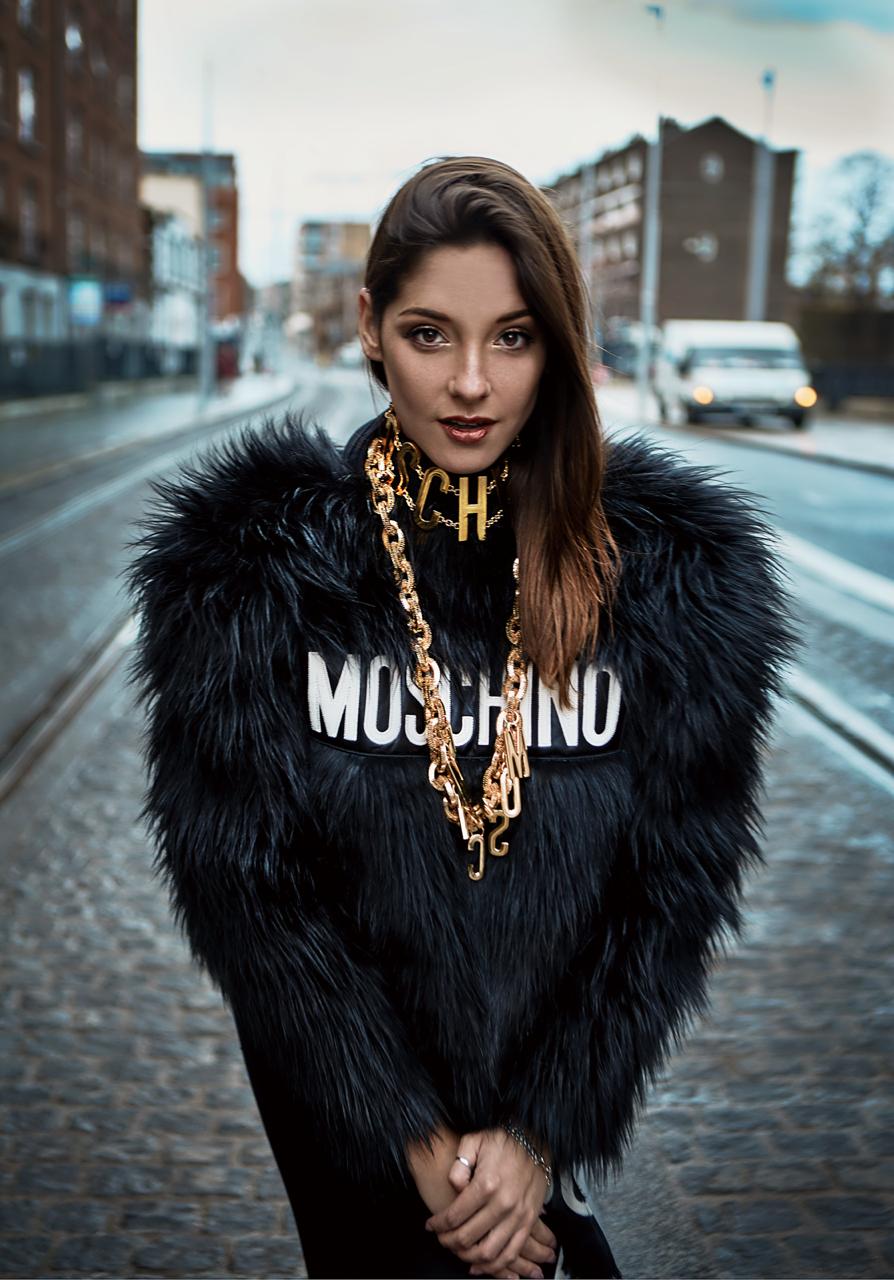 I want to get to know every single country in the world, says Kel Calderón.