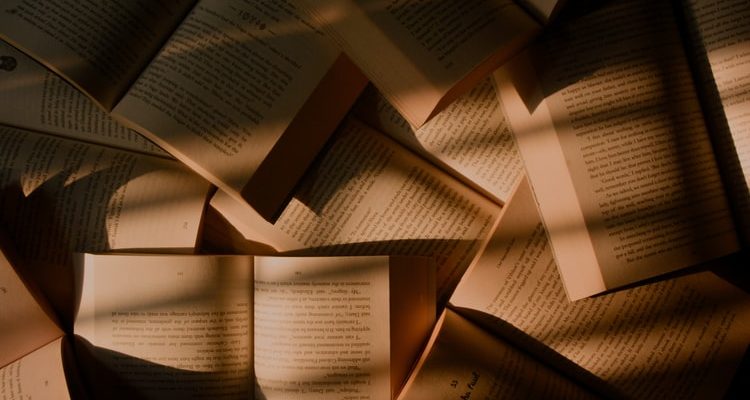 As well as watching movies, reading books in a foreign language -in your case in English- is an activity that notably helps those that are learning it. I have to admit that, in the beginning, if you are not used to doing it, it can be very hard. But if you keep trying, one day you will discover that you are enjoying it so much and during the process, you are learning a lot without even realizing it!

Furthermore, in addition to improving your English level, the reading is always something that will give you more than you were expecting: the possibility to immerse yourself in a completely different world where you have a principal role. Every book will give you the opportunity to live a new adventure, to learn something new, and to develop yourself during the process.

However, before you start you need to know a few tips:

And before knowing all this… Which book can you read? I realise there are thousands of options, and you will probably be confused about which one to choose, I have collected a list of the most popular and recommended books by level that you will enjoy a lot! Check it out:

Charlie and the Chocolate Factory by Roald Dahl

Willy Wonka is the most eccentric chocolatier in the city and also a legend. For the re-opening of his factory, he organises a contest to invite five children to visit the candy factory. The winners would be those who found a golden ticket in a Wonka Bar. The fifth winner is Charlie Bucket, a very poor boy who could only buy the bar because he found the money on the floor.

Around the World in Eighty Days by Jules Verne

Phileas Fogg makes a bet of 20.000£ with his colleagues of the Reform Club that he can go around the world by train and steamer in just eighty days. Fogg starts the most exciting journey he has ever made, accompanied by his friend Monsieur Passepartout.

This novel tells us about Lemuel Gulliver, a surgeon and sea captain, and his four trips around the world: his visit to the island of tiny men called Lilliputians, his trip to the land of the gigantic Brobdingnagians, his experience in the island of abstraction which was devoted to maths, conceptual ideas and magic, and finally his visit to the land of Houyhnhnms, a race of intelligent horses.

Written in the form of a personal diary and in a very honest and funny way, we read about Jones’ life and how she struggles with her everyday problems like her weight, relationships and work.

The Italian families of Montague and Capulet have always hated each other but Romeo and Juliet fall in love and fight to be together despite the fact that their families are enemies.

A pilot crashes in the Saharan desert, very far from civilization when he meets the little prince, a little boy who tells him he has come from an asteroid. The little prince asks the pilot to draw a sheep in a box. All the conversations they have during the story are philosophical and strongly criticise society, life and the adult world.

Harry Potter and the Sorcerer’s Stone by J. K. Rowling

When he was only a baby, Harry Potter survived the attack of the most evil wizard, Voldemort, who killed his parents. 11 years later, he doesn’t know anything about his past life and he lives like a normal boy with his uncle and aunt. On the day of his 11th birthday he receives a letter from Hogwarts School of Witchcraft and Wizardry and he stars an amazing adventure.

The Hunger Games by Suzanne Collins

Each year two young people from each of the twelve districts of Panem have to fight to the death in a televised competition: The Hunger Games. In an effort to protect her, Katniss Everdeen takes her sister’s place in the competition and together with Pitaa, her male counterpart, they try to survive the dangerous contest.

The Boy in the Striped Pyjamas by John Boyne

During World War II Bruno, a 9 year-old German boy is ignorant to the atrocities happening around him. He moves with his entire family into a new house in the countryside, very near to a concentration camp. He decides to explore his surroundings and meets Shmuel, a little Jewish boy who lives on the other side of the fence, inside the camp, and they became friends.

The Book Thief by Markus Zusak

Shortly before World War II, Liesel Meminger starts to steal books that the Nazi regime is burning and destroying, to read them to Max, a Jewish boxer hidden by her foster parents.

Fifteen insightful stories about middle class life in Dublin around the beginning of the 20th century.

During the 1950’s, a young-Irish girl emigrates to the famous New York neighbourhood of Brooklyn to make a better life for herself.